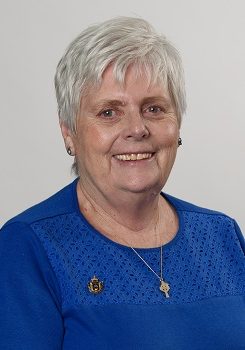 Leone joined CatholicCare NT in 2015 and in that time she has ensured that the organisation’s mission and values are integrated and embedded into all areas of CatholicCare NT’s work.

Leone is a Sister of Charity and has a background in health, which has seen her work in nursing positions across Australia and overseas. Before moving to the Northern Territory, Leone was the National Director of Mission for the Sisters of Charity Health Service (now known as St Vincent’s Health Australia) and the Executive Director of Catholic Religious Australia (CRA).

Leone has dedicated her life to helping the vulnerable and marginalised. She has worked in refugee camps and unaccompanied children’s centres in Rwanda, the Republic of Congo, Thailand and Cambodia, and has worked on health education and community development programs in Papua New Guinea and Timor Leste.

Leone has a deep commitment to social justice, and she takes inspiration from CatholicCare NT’s staff and the work they do by offering respect, justice, solidarity and hope to people who come through our doors for care and a listening ear.

Leone has qualifications in nursing, counselling, theology and mission spirituality